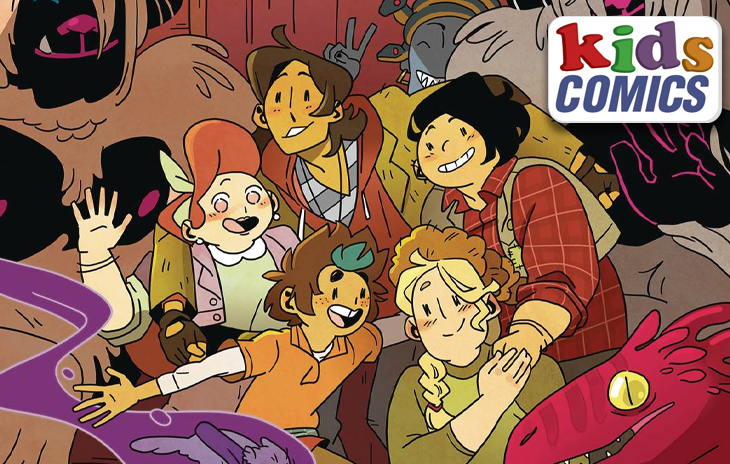 Each month, the PREVIEWS catalog is filled with kid friendly titles, perfect for kids of all ages.

In the new April PREVIEWS you can look for young reader comics like Lumberjanes TP Vol. 19, Star Wars Adventures #10, the Sonic the Hedgehog 30th Anniversary special, and more! To see all the kids comics and books available to pre-order now download our April Kids Comics Order Form.

Take a look at just some of the featured kids comics below and make sure to pre-order any favorites at your local comic shop! 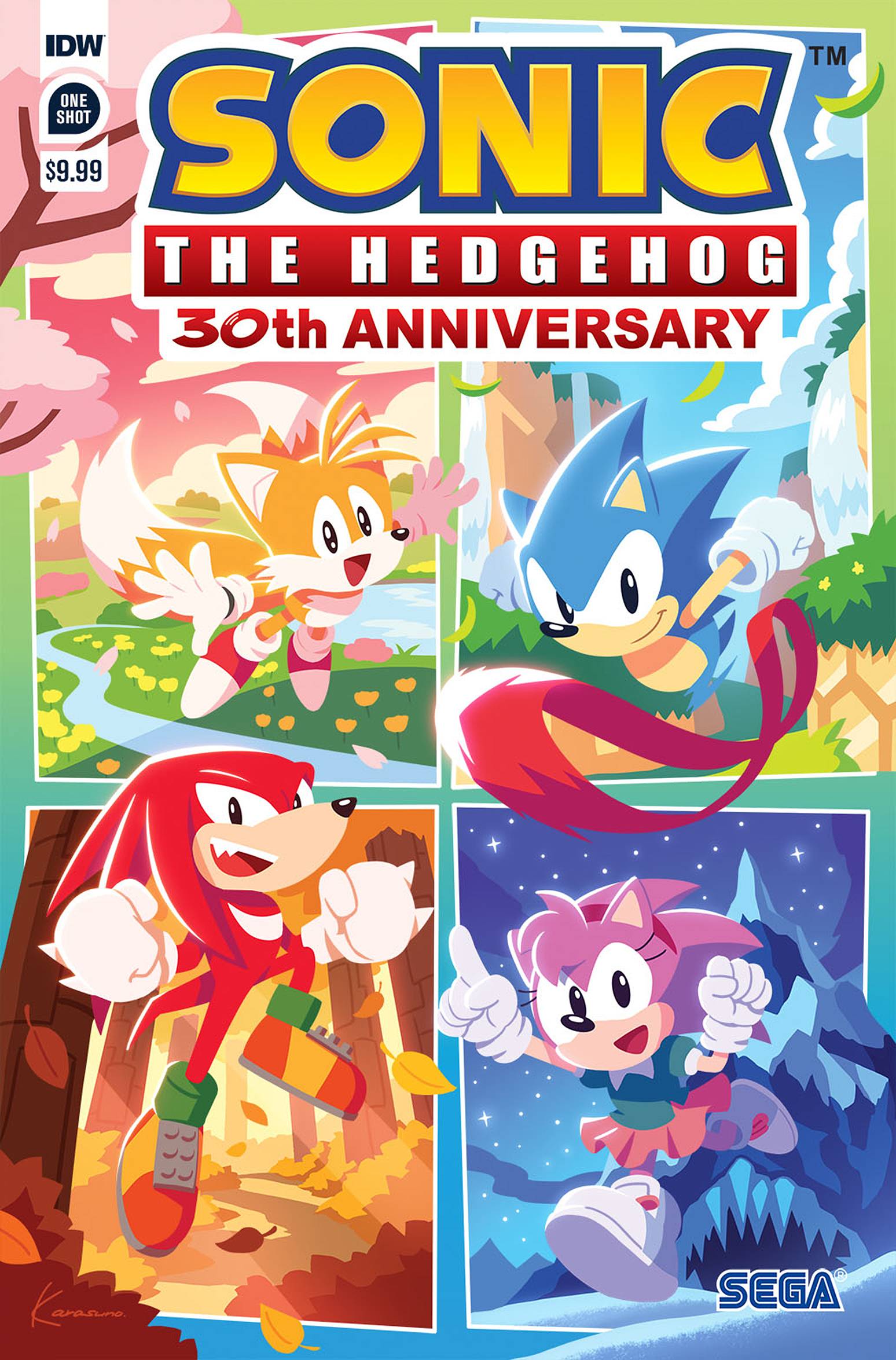 First, in "Seasons of Chaos" by longtime Sonic scribe Ian Flynn and artists Aaron Hammerstrom & Reggie Graham, Sonic goes on an adventure from pleasant spring valleys to wintry wonderlands in search of the Chaos Emeralds. But Sonic's not alone, with a little help from his friends Miles "Tails" Prower, Knuckles the Echidna, Amy Rose, Mighty the Armadillo, and Ray the Flying Squirrel, they'll race, fight, and fly their way to victory against the baddest of baddies!

Then, in "Dr. Eggman's Birthday", the vile, villainous Dr. Eggman takes center stage in a story written by New York Times bestseller Gale Galligan (The Babysitters Club)! And how does the bad doctor celebrate the occasion? Only his Badniks know for sure...

Finally, in "TITLE TBD", XXXXXXXX! Written by the hosts of My Brother, My Brother, and Me, The Adventure Zone, and New York Times bestsellers, the McElroy Brothers! APR210655
(W) Michael Moreci, Dave Scheidt (A) Michael Avon Oeming (A/CA) Stefano Simeone
Mace Windu and his Lightning Squadron land on the planet Ridlay, which has gone mysteriously dark, expecting a Separatist attack. But what they find instead is a surprise to them all. Then, Zak and Tash Arranda sneak off to investigate a creepy cave, where they find a strange artifact-and a mysterious cult waiting for them!
In Shops: Sep 01, 2021
SRP: $3.99
PREVIEWS Page #153
MARVEL-VERSE GN TP SHE-HULK
MARVEL COMICS APR211006
(W) Stan Lee, More (A) John Buscema, More (CA) Jim Cheung
She may have started out Savage, but there's no doubt She-Hulk is the Marvel-Verse's most Sensational hero - and these are the adventures that prove it! Discover how a lifesaving blood transfusion from her cousin, Bruce Banner, led to a green-skinned transformation for lawyer Jennifer Walters! As the emerald attorney interviews for a new law firm, Jen meets the legendary Blonde Phantom! While She-Hulk takes on the Mutant Registration Act in court, her archfoe Titania, causes serious disorder! But Jen's most important case of all comes when she's accused of crimes against the space-time continuum - and if she's found guilty, the sentence is complete erasure from reality! Plus: A night at the museum...with Spider-Man! Collecting SAVAGE SHE-HULK #1, SENSATIONAL SHE-HULK #4, SHE-HULK (2005) #3, AVENGING SPIDER-MAN #7 and material from SOLO AVENGERS #14.
120 PGS./Ages 10 & Up
In Shops: Jul 07, 2021
SRP: $9.99
MARVEL PREVIEWS Page #116
LUMBERJANES TP VOL 19
BOOM! STUDIOS 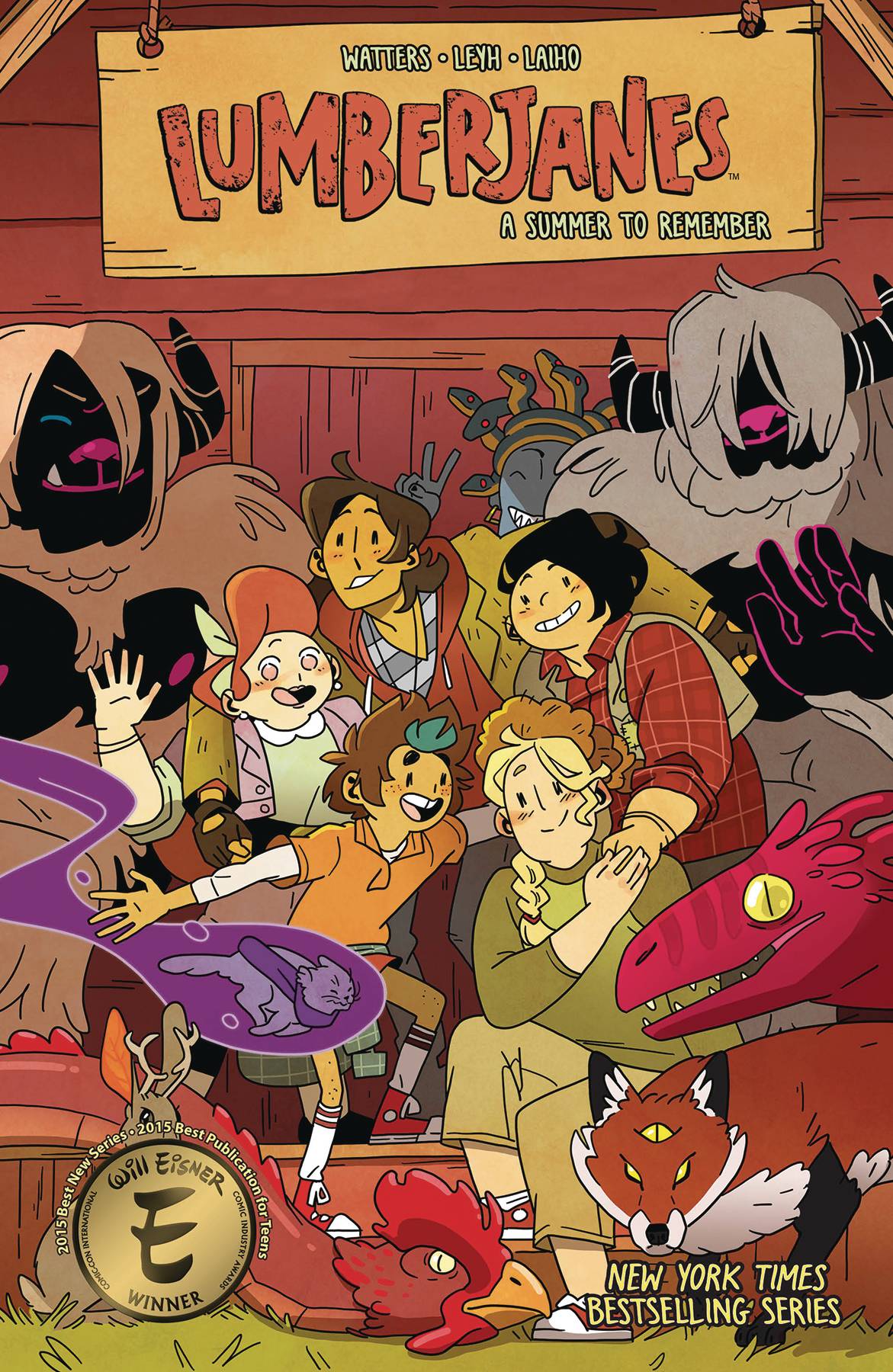 With the end of summer rapidly approaching, Jo, Mal, Molly, April, and Ripley decide to embark on one final adventure, finishing up their summer to-do list with a bang!

But no one's ready for the shocking secret force that's heading straight for the 'Janes! APR211431
(W) Fred Van Lente (A/CA) Dan Parent
FIRST ISSUE IN AN ALL-NEW SERIES OF 80TH ANNIVERSARY ONE-SHOTS! Finally Archie declares his TRUE LOVE, and its a very expensive guitar! So Archie picks up a few extra jobs to make some cash, what could go wrong?! Spies, TV Execs, tech warfare, nothing in Riverdale will be the same! No place is safe when Everything's Archie!
In Shops: Jun 09, 2021
SRP: $3.99
PREVIEWS Page #264
SUPER TURBO GN VOL 03 VS PENCIL POINTER
LITTLE SIMON 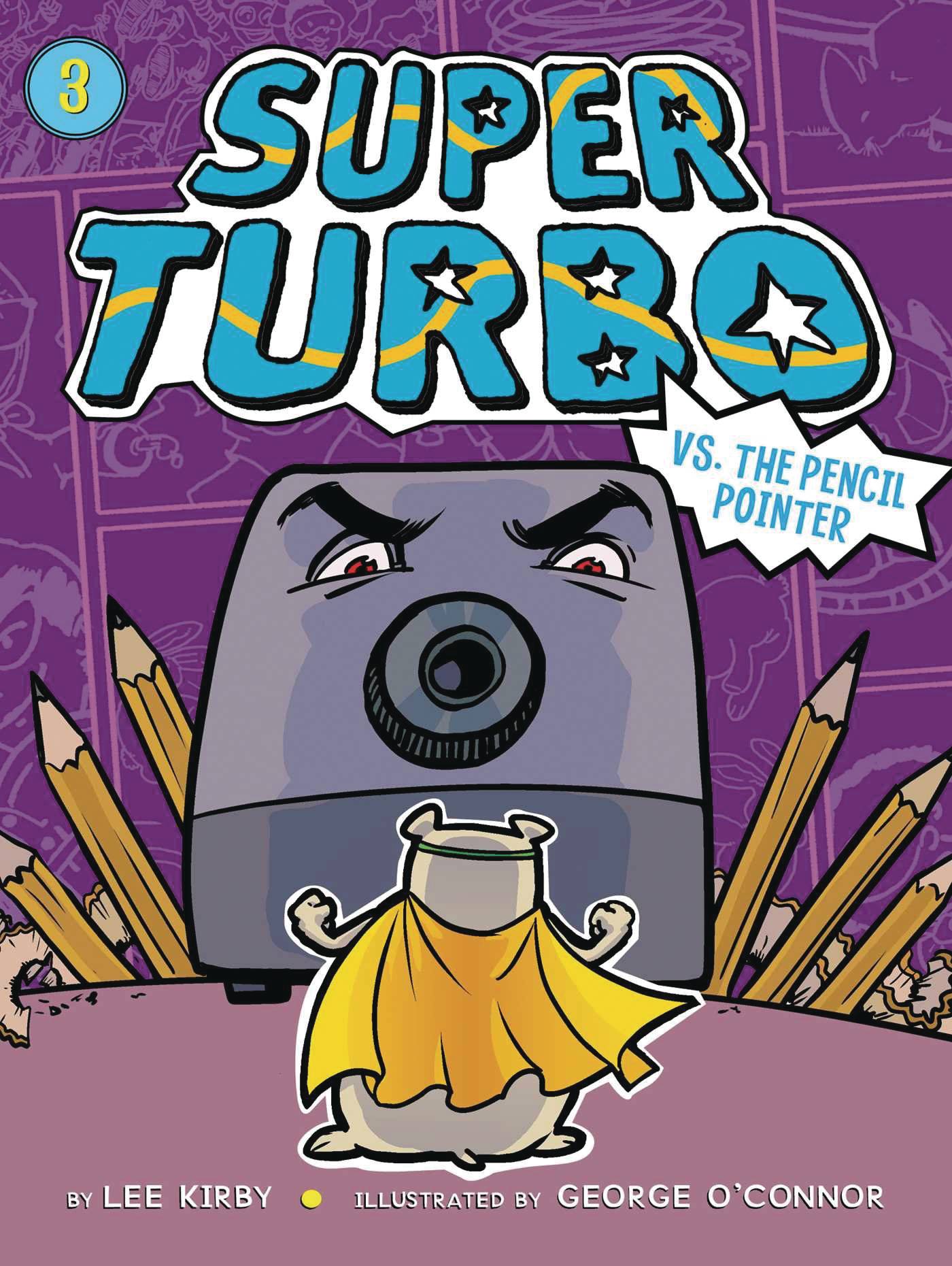 APR211800
(W) Edgar Powers (A) Glass House Graphics
In this third installment of the Super Turbo graphic novel series, Turbo and the Superpet Superhero League set their sights on a dangerous new foe-an electric pencil sharpener!
There's a new super villain at Sunnyview Elementary. It's shiny, it's metal, and it's (possibly) trying to bury Turbo alive in pencil shavings! Why are the students of Classroom C so excited about this new addition to their room-can't they see how EVIL it really is? The stakes are higher than ever as Super Turbo and his superpet pals face off against their most fiendish foe yet. Can they outwit this cunning contraption before it's too late?
This graphic novel adaptation of the Super Turbo chapter book features fun, bright, full-color panels that bring the story to life better than ever before-but with all the same humor and action that readers have come to expect from Super Turbo!
In Shops: Jun 30, 2021
SRP: $9.99
PREVIEWS Page #325
SHARK AND BOT YR GN VOL 02 SLEEPAWAY CHAMPS
RANDOM HOUSE BOOKS YOUNG READE 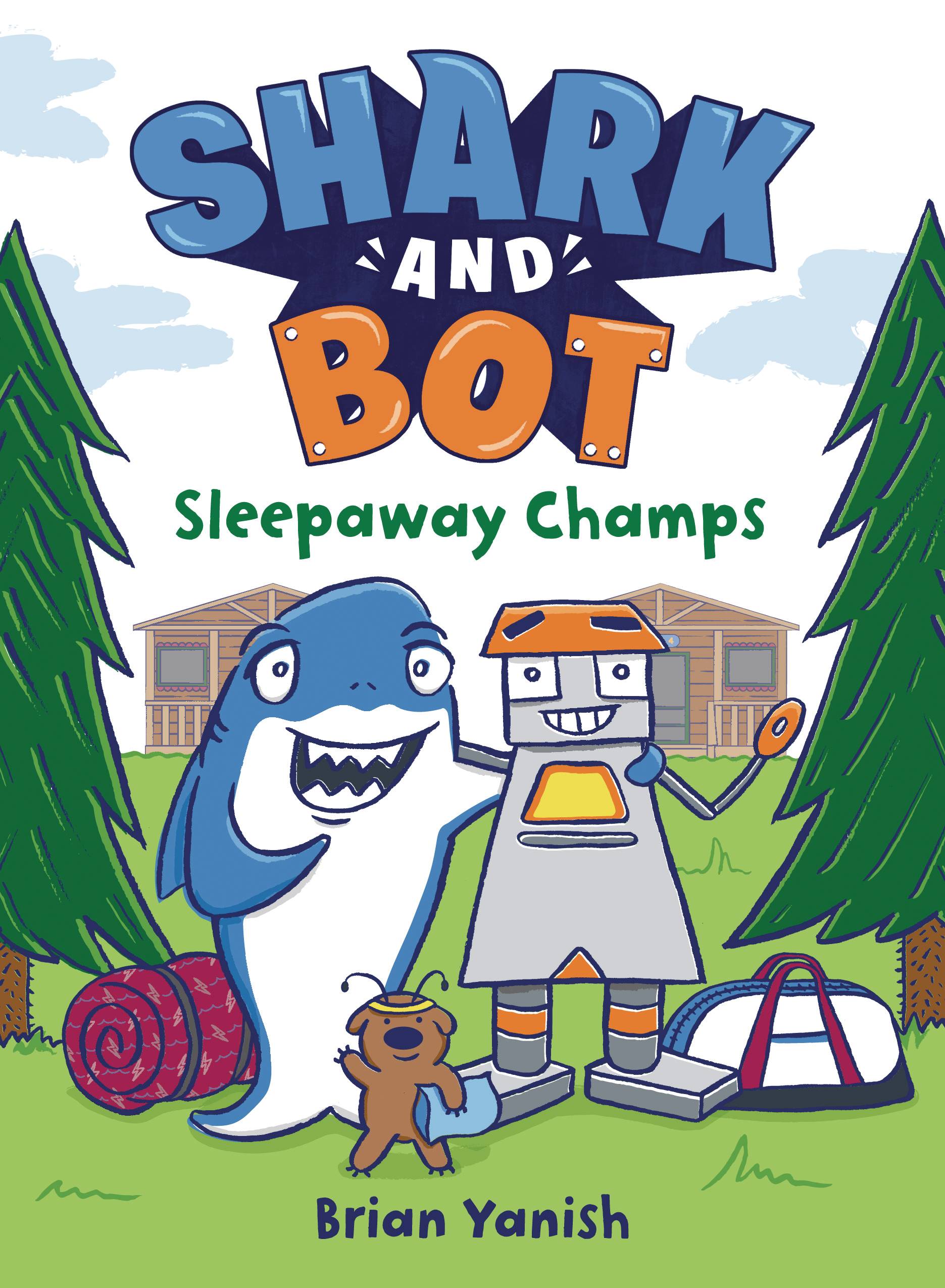 APR211869
(W) Brian Yanish (A) Brian Yanish
Shark and Bot, the two most unlikely friends, are back for more hilarious and epic
adventures! It's Summer vacation and Shark and Bot have a new adventure - at sleepaway camp! Shark (always a nervous nelly!) quickly starts feeling homesick. Can he make it through the week? Will Bot short circuit at the lake? Find out in this hilarious new installment!
In Shops: Jun 16, 2021
SRP: $9.99
PREVIEWS Page #347
GRUMPY MONKEY GN VOL 01 FRESHLY SQUEEZED
RANDOM HOUSE STUDIO 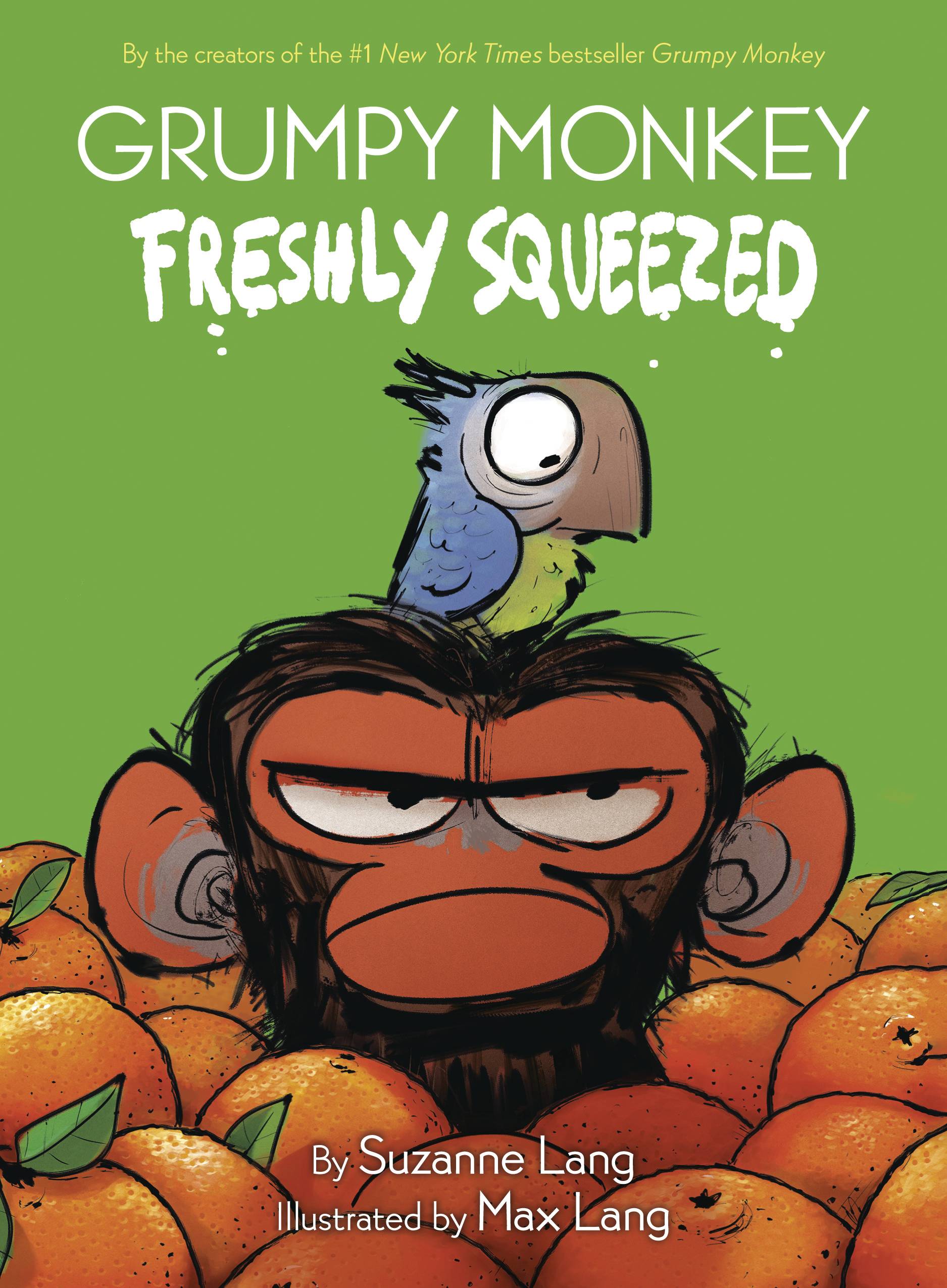 APR211871
In the first book in this new young graphic novel series, Jim Panzee searches for the perfect orange stress ball! It's Wednesday! Which means it's time for Jim Panzee's weekly Wednesday walk. He wakes up, stretches a little, grabs his stress orange, and sets off. Jim's favorite part of the walk is the blissful silence. When he's alone, he can hear all the jungle sounds. Until... his best buddy, Norman, decides to join him. And before he knows it, Jim is followed by every animal in the jungle. It's all just too much. Jim grabs his stress orange to calm his nerves... but when he squeezes a bit too hard, the stress orange goes squish. So Jim and his not-so-helpful friends must cross the jungle to get another stress orange before it is too late!
In Shops: Jun 30, 2021
SRP: $9.99
PREVIEWS Page #348
CLAIRE AND THE DRAGONS #1
SCOUT COMICS - SCOOT APR211903
(W) Wander Antunes (A) Wander Antunes
Scoot Imprint: The villagers talk about the crazy old hermit, Lontar, who lives in the caves. They say he stands guard against dragons that will never come, creatures that exist only in his mind. Young Claire is the only one who believes him and has befriended the old outcast. She doesn't realize that he has been training her to fight, and telling her the ancient stories for a very special reason. Lontar wants Claire to take his place and save the ungrateful people who mock them both. Soon their laughter will be replaced with cries for help, and one brave girl, armed with only her fighting staff, will be the villagers' last hope. Enjoy the first issue of this NON-STOP! title followed by the entire story collected soon after in one volume. 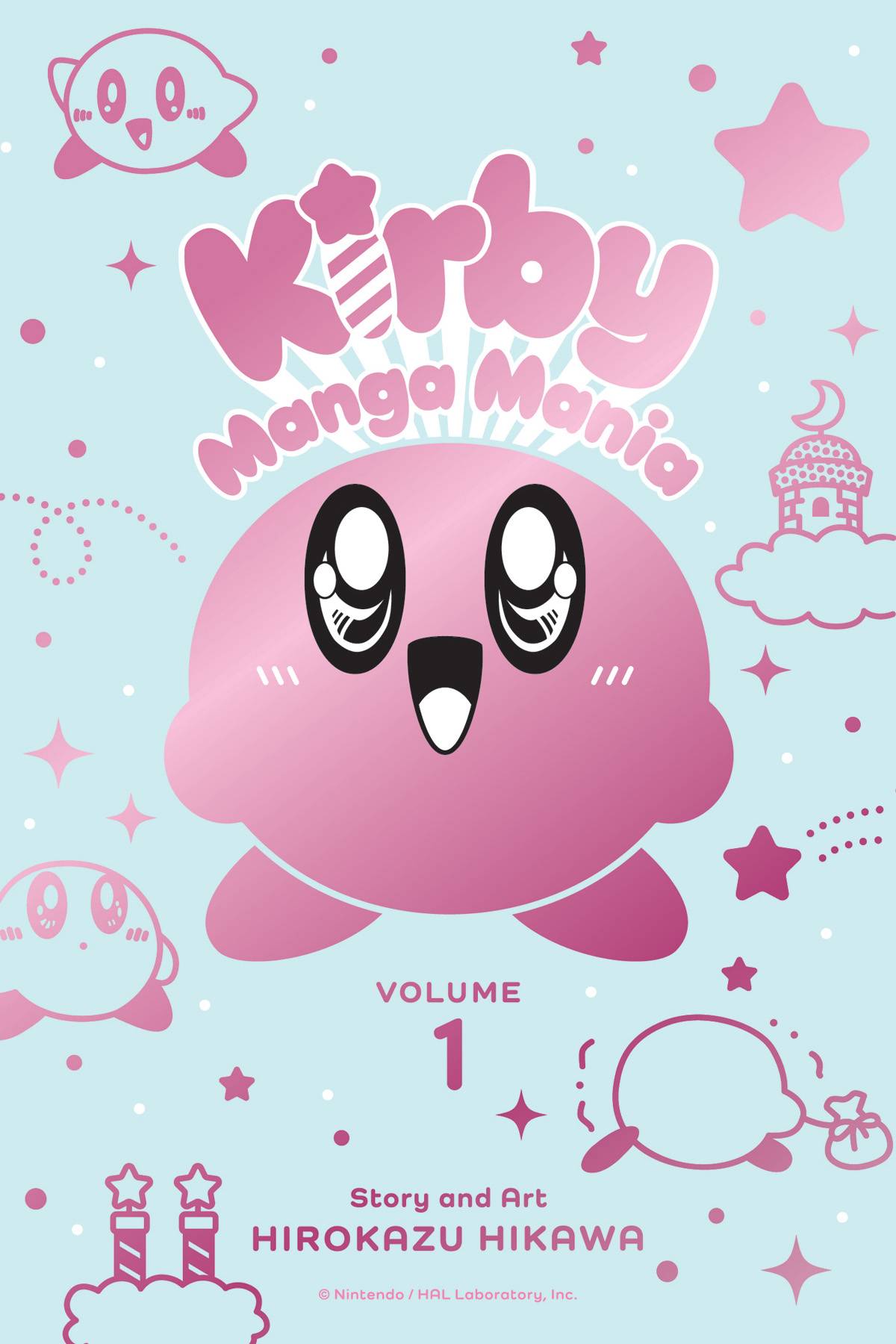 APR212109
(W) Hirokazu Hikawa (A/CA) Hirokazu Hikawa
Jump into Dream Land with Kirby and gobble up some fun! Everyone's favorite pink puff teams up with his friends to keep arch-frenemy King Dedede in line. Fans of all ages can enjoy this collection of classic Kirby comics-just take a deep breath and hop on in!
For all ages.
In Shops: Jun 09, 2021
SRP: $9.99
PREVIEWS Page #403
NIGHTMARE BEFORE CHRISTMAS MIRROR MOON #3
TOKYOPOP APR212267
(W) Mallory Reaves (A/CA) Gabriella Chianello
Sally was just confronted by her clone! Or maybe she was just seeing things? She's sure Jack will know what to do, but when Sally goes to talk to him she finds him talking with her clone. Listening in on their conversation, she overhears more details about Jack's secret project, which, unbeknownst to him, may not be working the way he intended.
In Shops: Jun 30, 2021
SRP: $3.99
PREVIEWS Page #430 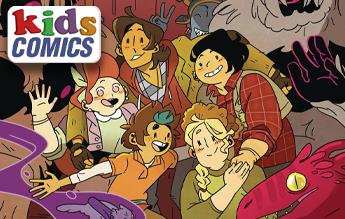 The April PREVIEWS catalog is full of fun comics for young readers. This month look for the next volume of Lumberjanes, Star Wars Adventures, Sonic the Hedgehog, and more!