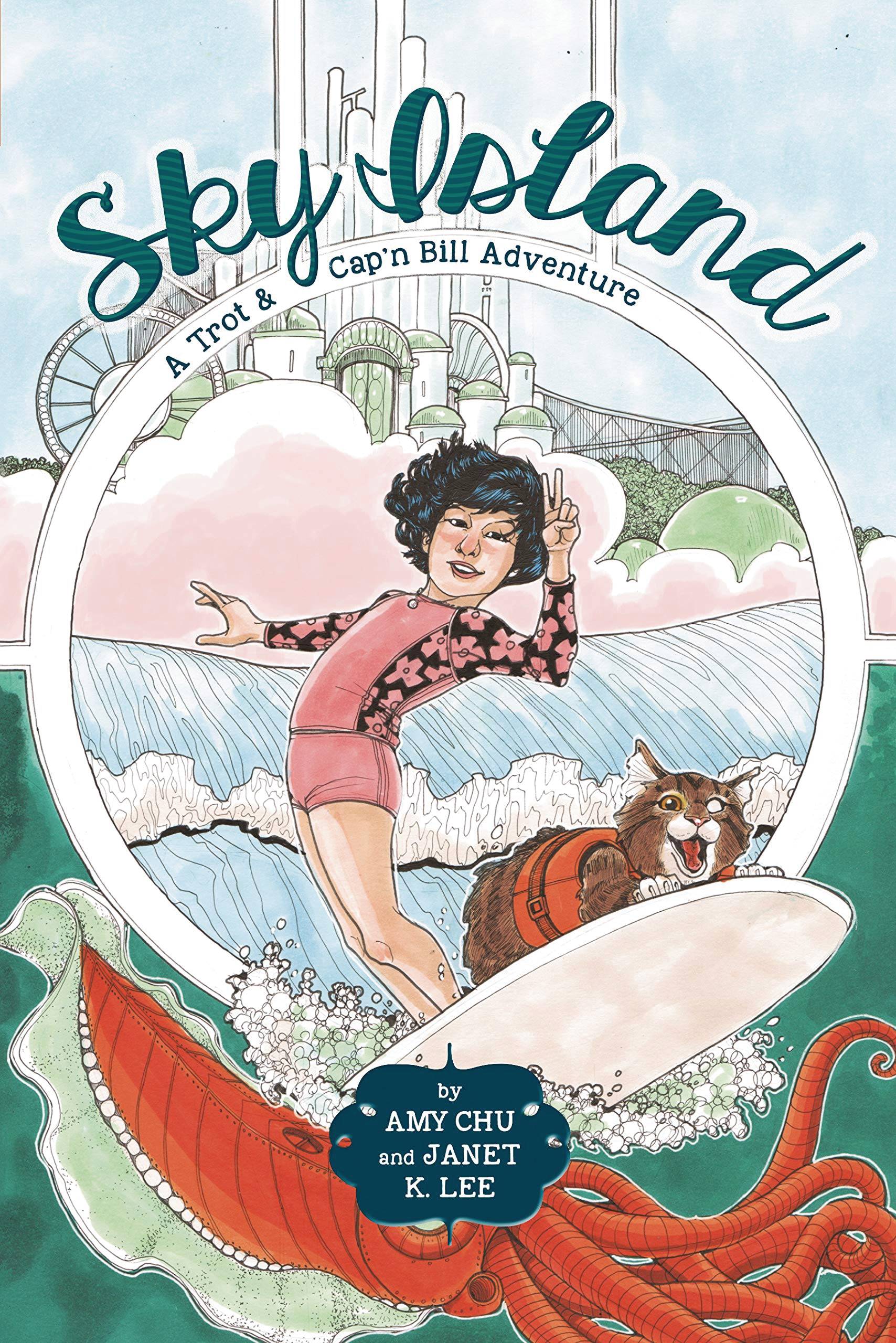 APR202170
(W) Amy Chu (A/CA) Janet Lee
The stunning sequel to Sea Sirens, the middle-grade graphic novel about a spunky Vietnamese American surfer girl and her cantankerous talking cat. This time Trot and Cap'n Bill have to rescue a Sea Siren friend from the clutches of a ruthless amusement park owner.
School's out and Trot and Cap'n Bill are looking forward to a carefree summer of surfing. But trouble surfaces when Grandpa hooks a message in a bottle while fishing. Clia, the Sea Siren princess, and Anko, King of the Sea Serpents, need their help: Merla, their Sea Siren friend, has been kidnapped! Trot, her cat, and her grandfather join the rescue effort which takes them to an old abandoned amusement park island resort, where plans are afoot for a grand re-opening. But who is behind this development? Enter Rosalie, an environmentalist with a personal grudge against the developer. She can tell them a thing or two about the mysterious Mr. Buluru and his secret plans for the park. And Trot has a pretty good idea who the new main attraction of the park will benot if she and her crew get to that tank and free Merla first!
In Shops: Jul 01, 2020
SRP: $20.99
International? Click Here