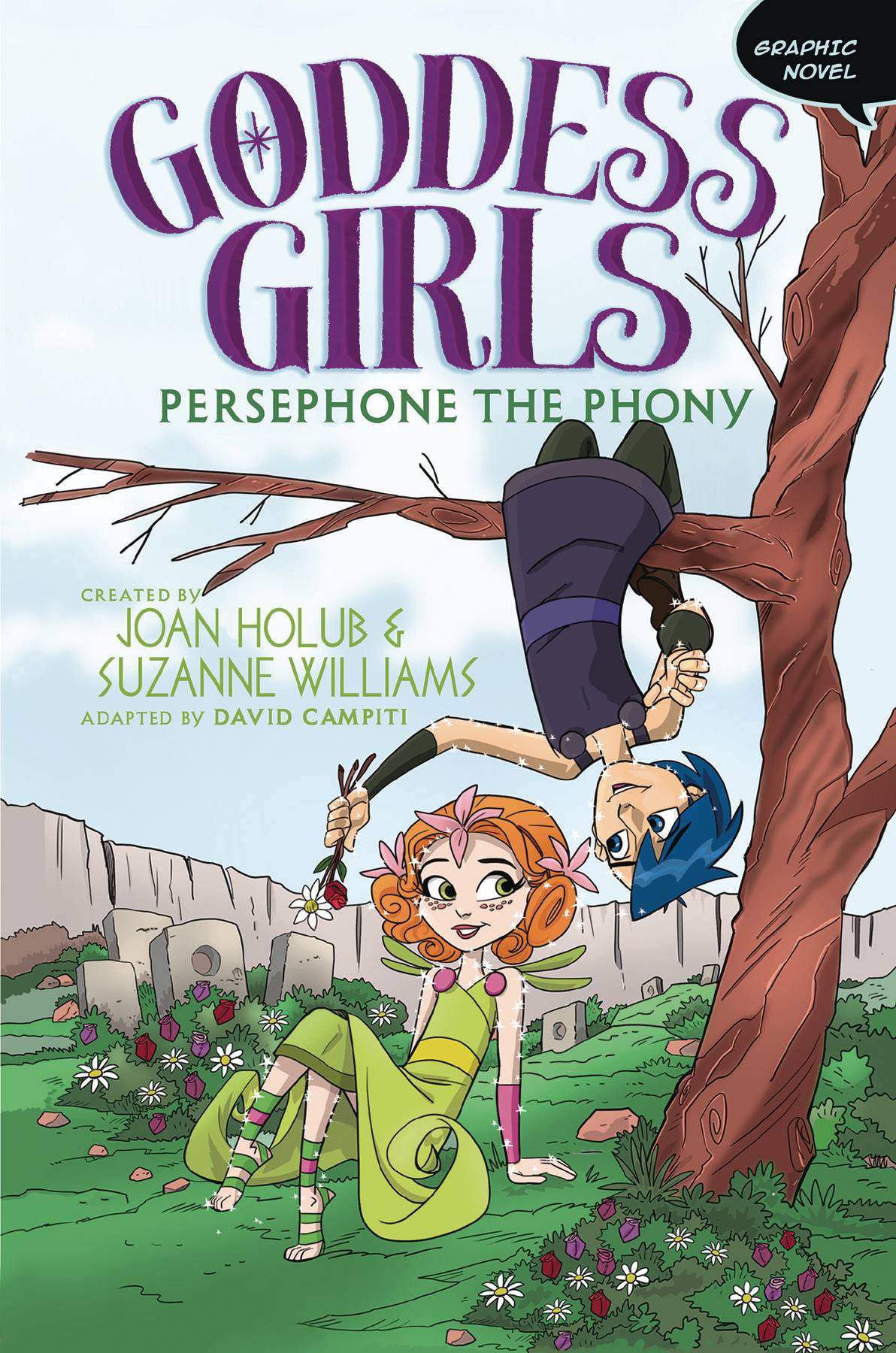 DEC211265
(W) Joan Holub, Suzanne Williams (A) Glass House Graphics
Persephone befriends resident bad boy Hades in this second book in the Goddess Girls Graphic Novel series, based on the popular and long-running Goddess Girls series.
Persephone's mom encourages her to "go along to get along" instead of doing what she really wants, and Persephone follows her advice even when it makes her feel like a fake. But when she meets Mount Olympus Academy troublemaker Hades, she finally feels she has found someone she can be herself with. He's the first person who actually listens to her, and she finds herself liking him, despite the fact that the other goddess girls think he's bad news. But if he makes her feel so special-and she's so comfortable hanging around him-can he really be all that bad?
In Shops: Feb 09, 2022
SRP: $19.99
International? Click Here