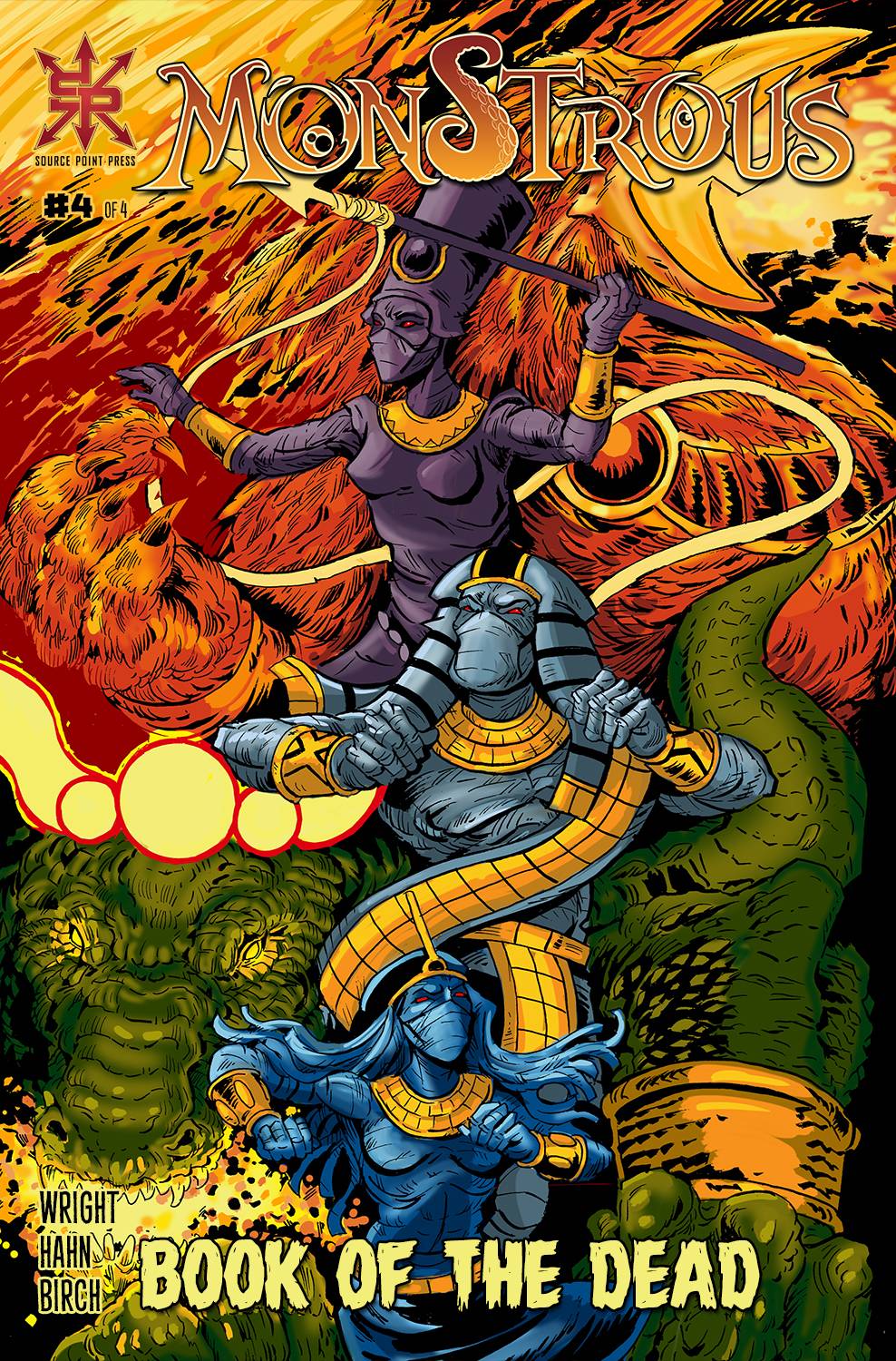 JUL221924
(W) Gregory Wright (A/CA) A. Shay Hahn
Showdown with an ancient Egyptian death ray! With the mummies on the move,
will they be able to escape the traps of the pyramids? Robots, mythical beasts,
and even the gods themselves join in the battle between a tomb-raiding
archaeologist and the unconventional family trying to reunite by using the Book
of the Dead. But don't worry! This final fight has plenty of fiery death to go
around! Grab the Book of the Dead and enjoy the monstrous, flaming finale!
In Shops: Sep 21, 2022
SRP: $3.99
International? Click Here