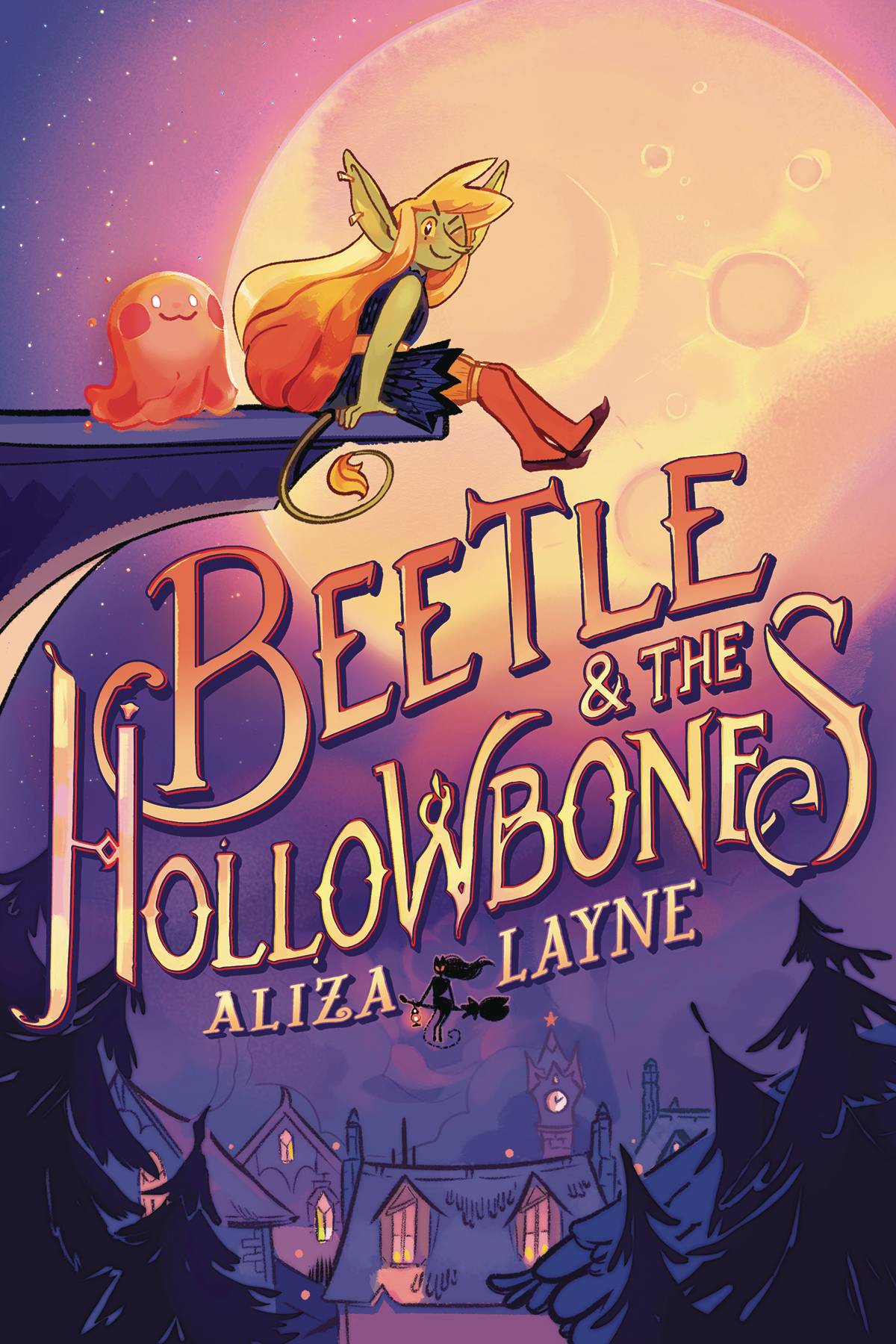 JUN200971
(W) Aliza Layne (A) Aliza Layne
An enchanting, riotous, and playfully illustrated debut graphic novel following a young goblin trying to save her best friend from the haunted mall-perfect for fans of Steven Universe and Adventure Time.

In the eerie town of 'Allows, some people get to be magical sorceresses, while other people have their spirits trapped in the mall for all ghastly eternity.

Then there's twelve-year-old goblin-witch Beetle, who's caught in between. She'd rather skip being homeschooled completely and spend time with her best friend, Blob Glost. But the mall is getting boring, and B.G. is cursed to haunt it, tethered there by some unseen force. And now Beetle's old best friend, Kat, is back in town for a sorcery apprenticeship with her Aunt Hollowbone. Kat is everything Beetle wants to be: beautiful, cool, great at magic, and kind of famous online. Beetle's quickly being left in the dust.

But Kat's mentor has set her own vile scheme in motion. If Blob Ghost doesn't escape the mall soon, their afterlife might be coming to a very sticky end. Now, Beetle has less than a week to rescue her best ghost, encourage Kat to stand up for herself, and confront the magic she's been avoiding for far too long. And hopefully ride a broom without crashing.
In Shops: Aug 12, 2020
SRP: $21.99
International? Click Here