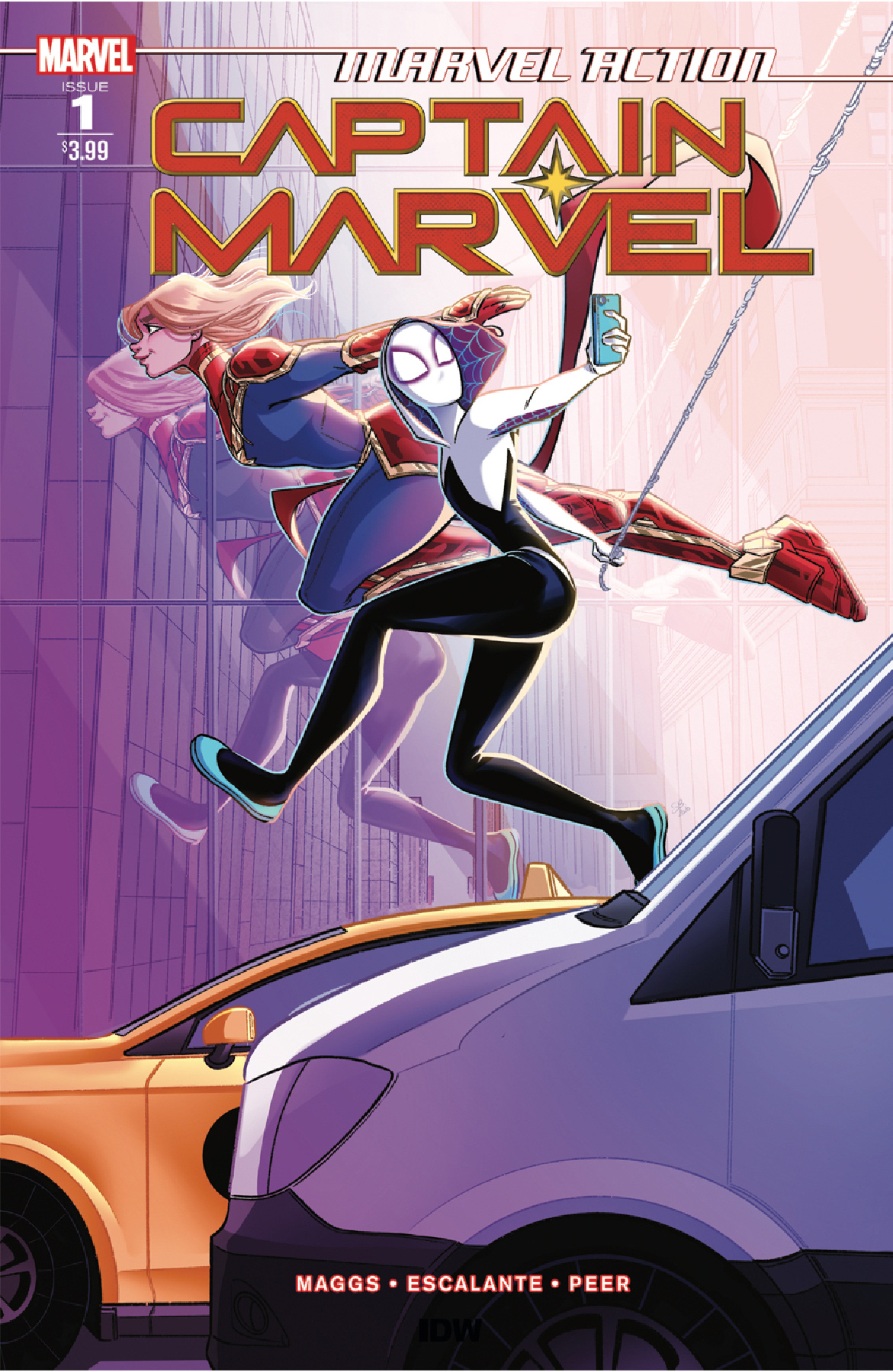 Jump back into the action with Carol Danvers, the strongest Avenger, in a brand-new Marvel Action: Captain Marvel series, the latest high-flying adventure in IDW’s line of comics for middle grade readers!

In the first story arc, Carol Danvers is trying her best to enjoy some well-deserved downtime in New York City — but when Gwen Stacy, a.k.a. Ghost-Spider, introduces her to the ClikClok app, things quickly spiral out of control!

“Writing for Carol -- who always has been and always will be my favorite Super Hero -- has been a career highlight, and I'm so thrilled to continue her story with the amazing team at IDW,” says Maggs. “Carol is powerful, self-assured, and independent, but there's still so much she can learn about playing well with others. One of my favorite things about writing Carol's Marvel Action adventures has been delving into her relationships with other heroines, and we'll be continuing that theme in this new series!”

“Working for the first time in the comic world feels like a huge challenge, mainly because it's a Captain Marvel story, and she’s such a powerful, well-loved character. I’m happy, nervous, and excited!” says Escalante.

“Illustrating Captain Marvel is a dream come true,” says Boo. “Carol Danvers is such an inspiring and strong character. She is determined, brave, and confident... which I am not, so I can live vicariously through her! She has a special place in my heart and was the very first Super Hero I got to draw professionally. I can't imagine letting her go!”

Marvel Action: Captain Marvel and the writer/artist team of Sam Maggs and Sweeney Boo were recently nominated for the prestigious Dragon Award, a Joe Shuster-associated award presented by the Canadian Comic Book Awards Association, recognizing works which capture the attention and fascination of young readers and help to create a passion for life-long reading. Winners will be announced in late October.

For information on how to acquire copies of the Marvel Action line of comic books, please contact your local comic shop or visit www.comicshoplocator.com to find a store near you.